Thousands of Nigerian social media users could not hide their excitement at Nigeria’s Vice President Yemi Osinbajo who was seen in a viral picture holding an umbrella to protect himself and others.

This picture lit up the entire social media space with several Twitter and Facebook users filled with excitement at the Vice President’s display of humility despite his retinue of aides and security details.

Many also rumoured that the Osinbajo might join PDP peoples

democratic party in the nearest future.

This again started the discussion around humility – a rare thing among Nigerian politicians – the Vice President who is a notable Professor of Law with well-cited publications in reputable local and international journals. 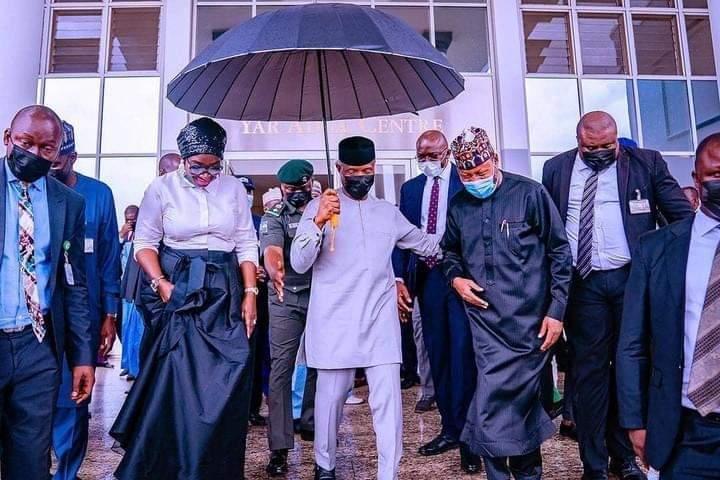 My husband is my God and I will continue to give...